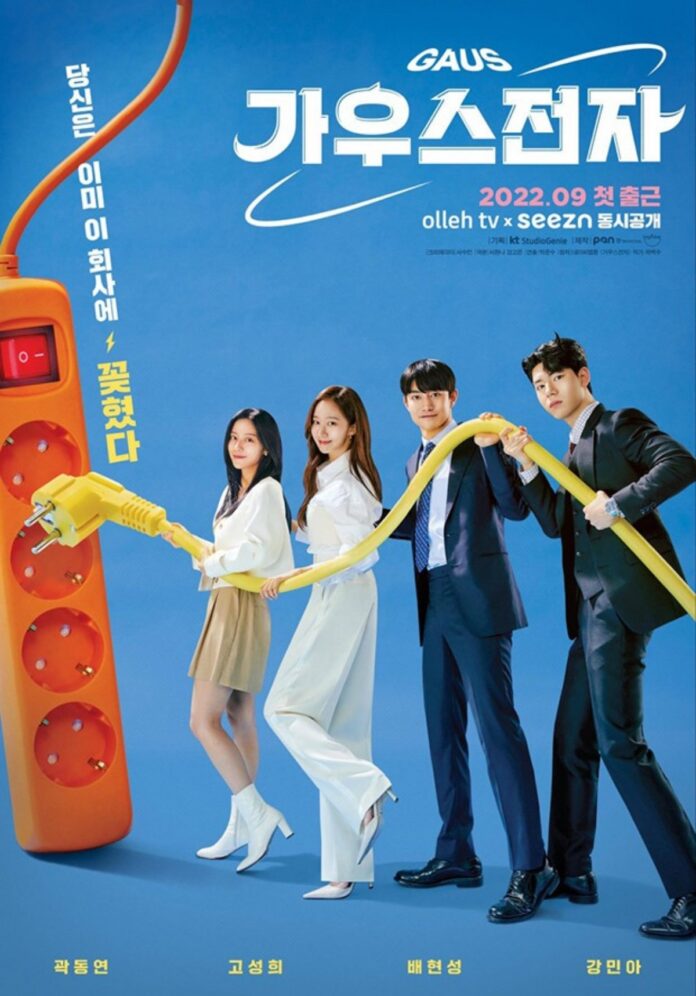 According to a Korean portal, Gaus Electronics is going to be a webtoon-based drama that revolves around struggle of office workers along with their daily stories of friendship and romance.

The first poster of the film released on August 18 which introduces the employees of the 3rd branch of Gaus Electronics marketing department.

The new poster unveiled shows them holding a huge electronic cord. This is what the text written on the poster says, “You are already ‘plugged in’ to this company.”

Even before the release, spectators are looking forward to check the kind of chemistry they bring altogether.

Kwak Dong Yeon is known to have previously starred in some drama films like Vincenzo, My Strange Hero, Gangnam Beauty, Love in the Moonlight, and many more.

On the other hand Go Sung Hee has worked in drama series like Suits and While You Were Sleeping.

Gaus Electronics is scheduled to premiere in the month of September.

‘Aquaman 2’, ‘Flash’ Among Many Other Hollywood Films Delayed