Bollywood movies are the lifeline of Indian cinema. There are many reasons why the audience likes to watch movies than anything else.

Due to this, the film industry consistently produces films that occasionally fare well at the box office as well.

Movie makers produce films to not only entertain the audience but also to earn a living.

But not all movies fare well at the same time. Out of hundreds of Bollywood movies released in a calendar year, only a few manage to grab the tag of the most entertaining films.

The year 2020 proved differently to the entire film industry. It all started when Covid-19 pandemic kissed the entire world. And very soon, the number of Covid infected cases started surfacing in India as well.

In order to curb the menace of Covid-19, the government had to impose a nation wise lockdown. The same is still there at some specific places even now. There are a few films that were released before Covid-19.

Amid lockdown, all Bollywood movies are being released on the OTT platforms. In this post, we are going to bring you a few Bollywood movies that performed well in 2020 so far. Please take a look below to see the entire list complied.

The film revolves around Jaya Nigam (Kangana Rannuat) who is a world champion and the caption of Indian Kabbadi team. But her career takes a turn after she gets married and becomes mother. Due to this, she is forced to quit her career aside.

But she always has a dream to be called as the best athlete. And this sort of feeling always haunts her.

Even though, she has attained the age of 32 years, she still has her dreams to fulfill on her own. She makes a comeback after all the encouragement from the family.

Thappad is another Hindi language film directed by Anubhav Sinha. It’s produced by Bhushan Kumar, Krishan Kumar, Anubhav Sinha and Vinod Bhanushali. The film stars Taapsee Pannu in her lead role. It was released on February 28, 2020.

The film revolves around the complications that build in the married life of Amrita (Taapsee Pannu) and her husband Vikram (Pavail Gulati). Initially, it looked like they are made for each other as their married life worked perfectly well.

But their lives took a turn after Vikram (Pavail Gulati) slaps her wife for the first time at a party.

The above incident totally breaks her confidence to be in a great relationship. And this is when she is forced to rethink about her relation.

The film is known to have a collection of Rs. 44.54 crore at the box office.

The film is based on an acid survivor Laxmi Agarwal who was once attacked with acid when she was just 15 years of age.

The above role is being performed by Malti (Depika Padukone) who now wants to get justice against the crime done by the society.

The film is known to have a collection of Rs. 55.44 crore at the box office.

Shubh Mangal Zyada Saavdhan is basically a romantic comedy both written and directed by Hitesh Kewalya.

The film revolves on two men Kartik (Ayushmann Khurrana) and Aman (Jitendra Kumar) who are in love with each other. But Aman gets engaged to the daughter of a family friend, eventually posing more problems for him.

The film is known to have a collection of Rs. 863.9 million at the box office.

He can do anything for his daughter Tarika (Radhika Madan). He does everything to make her daughter study in London.

The film is known to have a collection of Rs. 13.54 crore at the box office.

The film revolves around the character of Avinash (Rajkummar Rao) who has crush on Naina (Rakul Preet Singh) but is unable to reveal it to her.

Finally, he decides to write a letter to her but it goes straight to the hands of her mother Rukmini (Hema Malini who is also looking for a perfect partner. The film is said to have a collection of Rs. 0.03 crore at the box office.

The film revolves around a retired arts teacher Chandrakant Deshpande (Vikram Gokhale who lives with his sons and daughters-in-law.

He soon realizes that he has lost respect as he has grown older. But one day, he gets a letter from Bollywood star Amitabh Bachchan that changes his life since then.

The film revolves around the love story of Puneet (Sunny Singh Nijjar) and Saanjh (Sonnalli Seygall).

Bhangra Paa Le is a comedy drama directed by Sneha Taurani and produced by Ronnie Screwvala. The film stars Sunny Kaushal and Rukshar Dhillon in their key roles.

The film revolves around Jaggi (Sunny Kaushal) who always had a keen interest for the traditional Punjabi dancing known as bhangra dancing. He got all the inspiration from his grandfather and likes to impress him with his own skills.

Jaggi simply wants to make his grandfather proud by bringing this traditional dance to the international competition. But his rival is Nimmo (Shriya Pilgaonkar) who herself wants to get the top prize for her team. Jaggi has a crush on her.

The film managed to grab a collection of Rs 0.52 crore and was declared a successful one.

Street Dancer 3D is all about a dance crew both from India and Pakistan that are competing with each other for years like arch rivals.

They always perform an epic dance battle wherever they encounter each other. Street Dancer 3D has managed to perform well at the box office by collecting Rs. 97 crore with a budget of Rs. 70 crore.

The film revolves around Advait (Aditya Roy Kapoor) who once meets with Sarah (Disha Patani) on a tour to Goa.

Soon they fall in love and chase something to keep them going for ever. Malang managed to grab Rs. 84.50 crore at the box office. 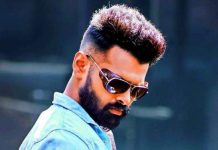 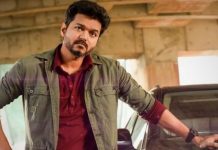