Before we update you with Sanjay Dutt upcoming movies, let’s take a dig at the actor’s life and struggle till date.

Sanjay Dutt is one of the most illustrious personalities in the world of entertainment. He’s an actor, producer and the son of great veteran cine stars- Nargis Dutt and Sunil Dutt. Both his parents are known to have contributed immensely to the Indian film industry for decades.

The MunnaBhai star first got a chance to make his acting debut in the year 1981 and since then appeared in as many as 100 movies.

If you analyse his persona in depth, you will come to know that the star had performed as a lead artist in specific genres that largely depicted comedy and romance.

Dutt achieved much name and fame after performing in some of his favorite characters, including police officers, gangsters and thugs.

At the same time, he also appeared in action and drama films that helped him attain major success at the box office.

Well, this is the class of such a great actor and, probably, the reason why his fans also call him Deadly Dutt. It’s mainly for his efforts in performing larger than life roles in Bollywood movies.

The persona of Sanjay Dutt is such that he has been ruling in Bollywood for more than three decades. During his entire tenure of acting, he achieved a plethora of awards and recognition.

Apart from these accolades, he was also felicitated with a Bengal Film Association Award and 3 Stardust awards.

If we talk about his achievements while performing in lead roles, the actor has won 4 National Awards in films where he played in the lead roles.

Apart from being a producer and actor, Dutt also had to face an unfortunate arrest under the disruptive and terrorist activities act in the year 1993.

It was a heartbreaking episode in the actor’s life that caused major disruption in the entire entertainment fraternity.

But in April of the same year, Sanjay got some respite as he was dropped out of the charges of terrorism.

He was finally released on Feb 25, 2016 after taking in view of his good conduct and behaviour during his imprisonment.

Personal Life and Career in Bollywood

They even have a daughter who was born in 1988 by the name Trishala, and now lives in the USA along with her grandparents.

Dutt again married to a model named Rhea Pillai in the year 1998 but divorced in the year 2005. The actor was finally married to Manyata Dutt in 2008 after dating her for over two years.

Saheb, Biwi Aur Gangster 3 is one of the Sanjay Dutt upcoming movies to be released on July 27, 2018. It’s going to be the forthcoming project for the actor who have done numerous films on the drama / thriller genre.

The upcoming Sanjay Dutt film is directed by none other than Tigmanshu Dhulia. This will be the 3rd installment in the series of movies.

Torbaaz is the 2nd film on the radar of the actor. It will be an action thriller scheduled for its release on November 2, 2018. The movie presents an entirely new concept of child suicide bombers and due to this, has been shot in Afghanistan. Torbaaz has been directed by Girish Malik.

As per the director, there will be the dominance of 3 ladies but their names are not yet finalized. You can find some more details of the movie once everything is finalized.

As per the recent reports pouring in, Sanjay Dutt will perform in another film titled 11. He will simply share the screen with none other than John Abraham. Vidyut Jammwal will also be featuring in another prominent role.

The film is both produced and directed by Anubhav Sinha and will be released in 2018. The exact release dates has not yet been finalized. We all need to wait till the makers announce the release date for the upcoming Sanjay Dutt film.

Panipat is one of the Sanjay Dutt movies to be directed by Ashutosh Gowarikar starring Sanjay Dutt, Arjun Kapoor and Kriti Sanon in their lead roles.

Sadak 2 will be the 2nd part of Sadak released in 1991. Pooja Bhatt will play opposite Sanjay Dutt. We need to wait for more details of the film as and when it is announced.

However, as per the inputs received in this regard, it will be released at the end of 2018 or in the first quarter of 2019.

Shamshera stars Vaani Kapoor, Sanjay Dutt and others that will be released under Yash Raj Films banner. Dutt will be playing the role of a Villain in this movie. 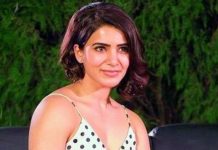