Before updating you with Diljit Dosanjh upcoming movies, let’s first discuss about the journey of this singer-actor from Ludhiana, Punjab.

Diljit Dosanjh is a popular singer, actor and a television presenter. The great actor has evolved from Punjabi music and cinema and now has attained enough name and fame in his name. He frequently acts in Punjabi movies and has given a number of hits as well.

Diljit’s first ever recorded performance was held in the form of his solo music video and song that broke all the records of his popularity.

It was his music album that was released in the year 2000 as the Ishq DA Uda Ada produced by none other than Finetone Cassettes.

As everybody knows Diljit made his entry into Bollywood from Udta Punjab released in 2016. He also earned a national Film-fare award in the category of the best male debut.

Diljit spent  his childhood in a village named Dosanjh Kalan before finally settling down in Ludhiana. After moving to Ludhiana, he completed his formal education.

He completed his high school education from Shri Guru Harkrishan Public School. From his early childhood, Diljit had a keen interest in music and therefore started performing in  small shows and kirtan (religious music followed by Sikh community).

Before updating you with Diljit Dosanjh upcoming movies, let’s have a quick look at his breakthrough in Bollywood.

Before making an entry into Bollywood, Diljit continued to perform as a musician in collaboration with none other than Honey Singh in the year 2012. They both released their music album named “Goliyan”.

After this, Diljit performed in a Bollywood movie Tere Naal Love Ho Gaya (2012). He was first recognized from a 2016 released film- Udta Punjab, where he performed the role of a police inspector. The film also starred Shahid Kapoor, Kareena Kapoor and Alia Bhatt.

Movie Info- Welcome to New York is going to be the 1st stage reality movie for Diljit and his fans. The upcoming film tries to depict what happens back stage during a Bollywood award show.

To present a more precise view to the audience, the movie was shot during the IIFA awards held in New York in 2017. The movie stars Diljit Dosanjh and Sonakshi Sinha in their lead roles.

Movie Info- Soorma is going to be a Sandeep Singh biopic, who was once a famous hockey team player, representing India. He was also known as the former cricketer. The real life hero is also called as Flicker Singh due to his unstoppable drag flick.

The upcoming film is an inspiration from the real life of Sandeep Singh, who once got injured with a sudden gunshot when he was in train. The unfortunate incident happened two days before he was about to leave to participate at the Hockey world cup match in the year 2006.

The aftermath of the incident was quite painful. Due to his injuries, he was almost paralyzed and had to spend more than 2 years on a wheelchair. The shining star finally surprised everyone after he came back into the race and was honored the man of the tournament in Sultan Azlan Shah Cup, held in the year 2009.

The upcoming film will feature Diljit in the lead role. However, Taapsee Pannu will be seen as the female lead hockey player, whereas, Angad Bedi will be seen playing the role of the elder brother of Sandeep. Prakash Jha will play the role of his coach in the film.

Movie Info-  This is one of the latest Diljit films to be released in the coming time. It will be a romantic comedy and will be his ever rom-com in Hindi cinema.

The film will be produced by Dinesh Vijan featuring Diljit and Kriti in their lead roles. The shooting for this will start in the month of February.

This film is basically about surrogacy that has been directed by none other than Raj Mehta.

Movie Info- Jodi is going to be one of the Diljit Dosanjh upcoming movies to be released on June 24, 2021 and directed by Amberdeep Singh.

Since the film is a romantic comedy, Dosanjh started working on the project in August 2019.

Like many other films, it also had to face obstruction due to the ongoing Covid-19 pandemic situation. The film was originally scheduled to release on June 26, 2020.

Movie Info- Fans must be delighted to know that Diljit Dosanjh is going to debut as a producer from Honsla Rakh which will be a romantic comedy to be released on October 15, 2021.

The filming commenced in the month of March (2021) in Vancouver, Canada. The principal photography was completed on April 1, 2021 itself. 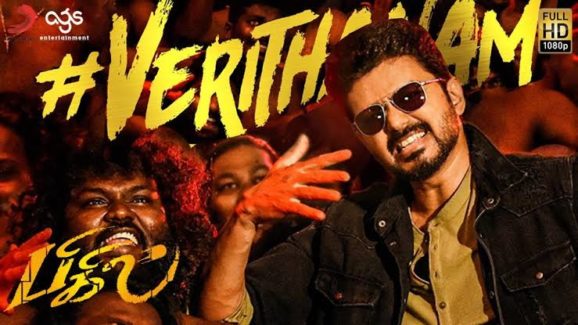