The upcoming film of Rana Daggubati has already been shot in as many as 3 languages Hindi, Telugu and Tamil. It stars Rana Daggubati along with Vishnu Vishal in their respective pivotal roles.

The film is expected to release on March 26, 2021. As per the latest buzz, Rana Daggubati has dubbed for three languages for the first time in the film Kadaan. Also Read: Ashok Selvan Thanks Fans for Oh My Kadavule Success

It was revealed by the Baahubali actor himself after he chose to share some ongoing dubbing sessions where he gave his voice for the film in Hindi, Tamil and Telugu.

The most amazing part worth discussing here is that Daggubati dubbed the film without taking the help of any dubbing artist.

Telugu Tamil Hindi dubbed and shot in 3 languages for the first time!! See you in cinemas March 26th@ErosNow #ComingSoon pic.twitter.com/E6V1zJbhuv

And this has happened for the first time in his life when he has dubbed the film in multi languages without undergoing any flaws.

Daggubati is seen playing the character of Bandev living in a jungle along with an elephant. On the other hand, Vishnu Vishal plays the sensational role of of an elephant trainer in both Telugu and Tamil versions of the film. Also Read: Shooting for Ashok Selvan’s Upcoming Film to Begin After Situation Goes Back to Normal

The same has been reprised by the Bollywood actor Pulkit Samrat in the Hindi version of the film.

Kadaan has already become one of the most awaited films of 2021 which is directed by Prabhu Solomon starring Rana Daggubati, Vishnu Vishal, Pulkit Samrat, Zoya Hussain and Shriya Pilgaonkar in their respective pivotal roles. Also Read: Chiranjeevi Appreciates the Performance of Vijay Sethupathi in Master

5 Tamil Movies Actress Who Tied the Knot With Their Directors 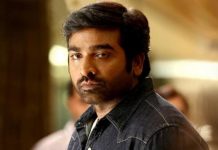 Vijay Sethupathi to Play A Cameo Role in ‘Pisaasu 2’

Ashok Selvan Thanks Fans for Oh My Kadavule Success

Director Shankar to Cast Ram Charan in His Upcoming Film