BlackPink 5th Anniversary: The latest update about PUBG Mobile is that BlackPink will soon join celebrations in response to their 5th debut anniversary.

This time, the girl group is expected to collaborate with PUBG Mobile games that will probably allow Blinks to have special theme and play mode.

PUBG is basically a mobile gaming application that runs online. Ever since the game was launched, it created a sensation among millions of mobile game lovers. The game is not only popular but also available in different countries. But in India, it has been banned due to security reasons.

PUBG Mobile is an online shooter game where each player is thrown into a battleground in the presence of hundreds of shooting guns. The player who finally manages to survive in the end becomes the winner.

As the PUBG Mobile game demands, it allows users to play and try different battleground themes or play modes. BlackPink, Kpop girl group that are known to simply rule the musical charts are expected to be a part of celebrations to mark their 5th debut anniversary.

The girl group like BlackPink will collaborate with PUBG and will present a number of play modes for blinks. Players are free to use the above themes

As per BlackPink group, PUBG Mobile has specifically designed a game mode. The upcoming event of BlackPink and PUBG Mobile will commence from August 8 to September 7 2021. Also, the game mode will enable users to preferably use  appearances and cosmetics like BlackPink gang.

Now, players will be able to purchase all these cosmetic items that will be precisely based on the BLACKPINK members. It will have some technical similarities just like the girl group members have already.

In the same way, players are also free to purchase different emotes and will replicate a few popular dance moves of well known group songs including Lovesick Girls, How You Like That and Ddu-Du Ddu-Du.

Announcing the official collaboration of PUBG: BATTLEGROUNDS and @BLACKPINK! Jump into the game and check out the changes made to celebrate!

Disclaimer: Please note that the faces included in the video are not part of the BLACKPINK Collaboration Bundles in PUBG: BATTLEGROUNDS. pic.twitter.com/Bj1ew8zj4S

The update was shared by PUBG after it took to its social media handle on Thursday.

For all the upcoming updates regarding PUBG Mobile, stay tuned to Bollywoodnewsflash. 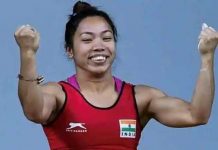