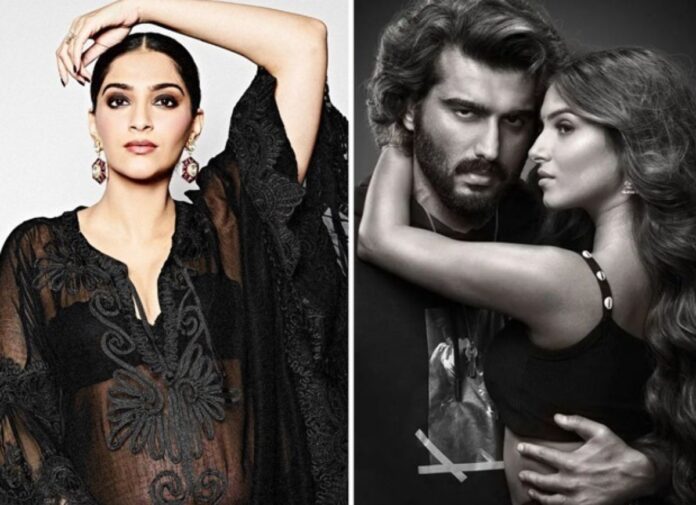 Sonam Kapoor was the guest at Karan Johar’s show Koffee With Karan 7 where she not only spoke about her life secrets but also trolled Arjun Kapoor starrer EK Villain Returns.

During the show, the actress said she was away from Bollywood and didn’t follow films during her pregnancy period. She also stated that her current knowledge about Bollywood movies is limited.

In the show called Koffee With Karan 7 where Sonam Kapoor was invited, a moment came when she was asked about her reaction on Ek Villain Returns. She made everyone surprised with her answer.

The actress straightaway described the film as ‘thirst trap’ film. This is what she spoke, “They all look hot. That’s it right it is for Ek Villain.” When Karan Johar asks Sonam if looking hot is the only requisite for the film, Arjun interrupts adding that they should cut this portion. However, Karan insisted that this will be a part of the show. Sonam continued, “Sorry but it’s a thirst trap film.”

While she spoke so much about the film, Arjun Kapoor stated that she should have at least watched the film once before speculating things like that.

There was another moment when Sonam apologized not knowing the director Ek Villain Returns.

The latest Karan Johar show that aired on the occasion of Raksha Bandhan turned out to be a laughter ride, especially when Sonam Kapoor was asked her views on various things.

Also Read: Urfi Javed Hits Back At Mukesh Khanna for Saying that Indian Women Wanting for Sex Are Prostitutes