The Ajay Devgn starer movie initially opened on Friday with a mere Rs. 10.25 crore. The film did a business of Rs. 10.06 crore on its day 2.

As per the predictions, the film is expected to do much better with a spike in its earnings on the cards. It’s believed that the business is likely to get a huge spike on Monday.

The above figure also reflects the first-weekend collection. The fate of the film will be decided on Monday as a major prediction can be made by looking at the response the film is getting from viewers.

In a recent news, after the makers of the recently released movie Shivaay realised that the duration of the film is a bit long, they cut short the movie several minutes and released a new version of the film. This was done in response of distributors who complained that the film was a bit lengthy.

Now, since the movie has already been released, do you have any idea about the Shivaay box office collection in the time to come?

If trade analyst Taran Adarsh is to be believed, he was able to share the actual Shivaay box office collection for all of us.

As you already know that the movie had a clash with another mega starer film by the name “Ae Dil Hai Mushkil”, this film is doing much better and is involved in getting better traction at the box office.

Trade analysts also believe that both these mega budget films affected a lot due to the festive mood of audiences across the country (related to ‘Diwali Pooja’). As per them, it’s expected to show an upward trend from Monday and Tuesday onward.

After a deep and thorough analysis, it seems that the film performed strongly at single screens. This is unlike ADHM which is getting an overwhelming response even at multiplexes. If we discuss about Shivaay, it has also received a good response from the viewers.

It seems that the fans are flocking from all directions to theaters to catch a glimpse of the high octane action and drama.

A lot of expectations are being done by trade analysts, but the question arises. Will the Shivaay box office collection be able to surpass the collection of ADHM in the time to come?

Ajay Devgn who’s both a director and actor in Shivaay, also has the presence of Sayyeshaa Saigal, Abigail Eames and Erika Kaar. It’s now revealed that Ajay didn’t like Erika to get influenced by the entertainment industry (in particular).

When asked to give details, she praised Ajay by saying that he became quite particular by not allowing us to watch any films during the entire shoot of Shivaay.

All he wanted us was to remain uninfluenced with the kind of acting we usually get to see in most Hindi movies. I guess, that may be also because our movie was a bit different and he wanted us to say natural. 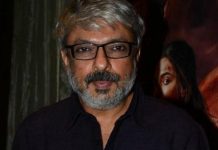