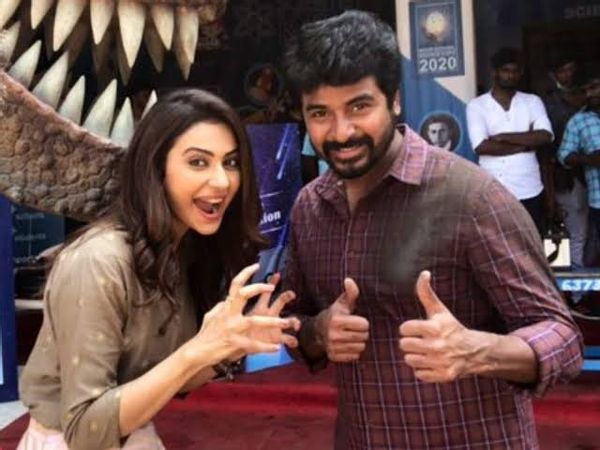 Kollywood looks promising to entertain the audience by releasing films from time to time. One such film is Ayalaan that witnessed many delays due to different reasons.

Ayalaan happens to be the 2nd movie from the director Ravikumar starring Rakul Preet Singh and Sivakarthikeyan in their prominent roles. The interesting part of this Tamil language film is that it marks the comeback of the actress Isha Koppikar.

Another crucial thing that makes this film different than others is the  music which is being composed by AR Rehman.

Even after the project was announced, the audience couldn’t digest the delay in film’s release. Earlier, there was an update in this regard that said that makers were planning to shelve it due to the over budget problem. But now, it looks like everything is back to normal, especially after the crew releasing the first look poster of Ayalaan on February 17, 2020.

But the film had to witness another delay due to the lockdown caused by COVID-19 pandemic. The shooting was postponed because of the pandemic. But now, the sets have gone alive with the final phase of shooting already commenced.

As per a press release sent directly by the PR agency, the crew members have started shooting for the last and final round with Karunakaran, Rakul Preet Singh, Yogi Babu and Sivakarthikeyan.

In the picture released, it can be seen Karunakaran driving with Rakul Preet Singh sitting at the back seat with SK discussing something. Now, let’s update you with the film.

Please note that Ayalaan is a Tamil language upcoming Sci Fi film written and directed by R. Ravikumar. It’s produced by R. D. Raja and Kotapadi J. Rajesh. The film revolves around the story of an alien who lands on Earth from different planet.

This is what the director Ravikumar had previously briefed media about the movie detail, “There have been so many films in Hollywood that have shown aliens. Even in Bollywood, there’s Koi Mil Gaya, which features Jaado, the alien. I heard that the makers had used prosthetics on an artiste to get him to resemble an alien. But here, it’s all VFX. So, when Sivakarthikeyan is shooting in real time, he really has no reference to the alien that will be seen on screen. To assist him, we’ve got a small boy to stand in front of him so that he can look at somebody and act. But the challenge will be when we sync this on the VFX screen.” he said.

After reviewing everything it looks like the crew was busy with the making of the film due to VFX work.