Do you know that a new Bollywood movie is on cards for Priyanka Chopra with none other than Hollywood actor Chris Hemsworth? Well, as per the latest Bollywood news pouring in this regard, it seems like Hemsworth is open to working with Bollywood star Priyanka Chopra.

This is what he said in this regards “I’d like to work with her. Please send me a script and we will definitely find something out very soon.”

If you remember in the past, The Thor was most beautifully played by none other than Hemsworth. And he has done this role fighting in an amazing style and using his great hammer in Avengers: Endgame.

Now, he’s back in yet another refreshing role of an MIB agent in Men In Black: International. Most recently, the actor has desired to work with Priyanka Chopra in a new Bollywood movie.

By looking at all these speculations going on in the film industry, it seems that a new Bollywood movie is right on cards for both Priyanka Chopra and Chris Hemsworth.

The Hollywood actor was quizzed if he is interested to work in a Bollywood project? The actor replied saying “Definitely. I’m looking forward to it in spite of the fact that I’m not a great singer.”

At the same time, Hemsworth replied to another question that was about his plans to work with Priyanka Chopra, he replied, “Yes, why not? Please send me a decent script and we will soon work out.”

Priyanka Chopra last featured in one of her Hollywood projects- Isn’t It Romantic that starred Hemsworth’s brother Liam Hemsworth.

By the way, Liam is already married to Miley Cyrus, who is reported to have dated Nick Jonas (Priyanka’s husband) sometime back. Nick Jonas and Priyanka Chopra tied their nuptial knot last year in the month of August.

Do you know that Hollywood movie Men In Black is also releasing in Hindi? Well, as per the latest Bollywood news in this regard, it has come to the picture that Siddhant Chaturvedi will be giving his own voice to this film for the Hindi version.

At the same time, another Bollywood actress Sanya Malhotra who is known as one of the most promising Bollywood star (featured in Dangal movie) is going to be the voice of Tessa Thompson. You can see both Siddhant and Chris sharing a selfie with a nice caption.

Further to our story about new Bollywood movie for both the actors, we would like to throw some light on the recently released movie Men In Black.

As you know, The Men In Black franchise was first kicked off in the year 1997 and is actually based on the most interesting comic book series.

When it was screened for the first time, it starred none other than Tommy Lee and Will Smith as agent K and J, respectively.

Both of these agents have to spend their time protecting the planet earth from alien threats. This movie is all set to be released in the month of June. 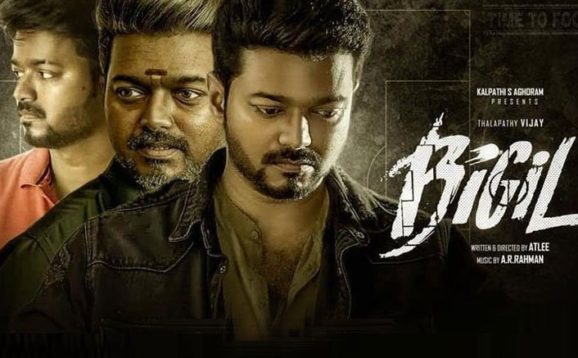 Vijay Starrer ‘Bigil’ is the Highest Grossing Tamil Movie of the...

The Sky is Pink- Priyanka Chopra Looks All Geared up Shooting...