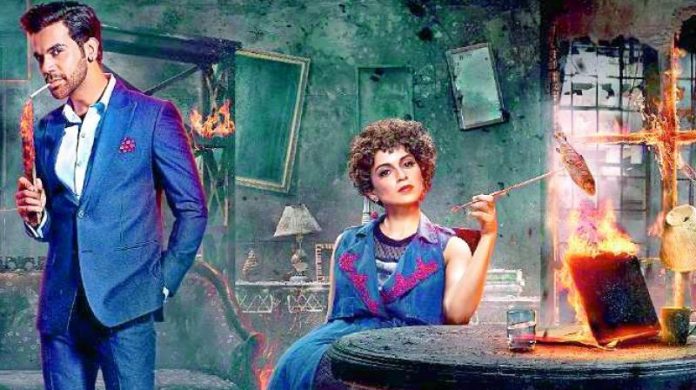 Before updating you with Kangana Ranaut upcoming movies, let’s take a look at her persona.

Kangana Ranaut is one of the leading Bollywood actresses of all time.

She was born on March 23 1986, and has now become one of the highest paid Bollywood actresses.

Ranaut is not only an established actress, but is also a popular face in the print media, especially for putting forth her unbiased opinion on any burning topic.

Kangana is also known for her awareness about the latest trends in fashion and style. She has also achieved a number of milestones in her acting career till now.

She has also won numerous awards and recognition in the past, including 3 Filmfare Awards in as many as 5 categories.

Kangana Ranaut is a native of Himachal Pradesh (HP) who once aspired to become a doctor due to her parents wish.

But for some reason she didn’t go ahead as per her career plans decided earlier. Instead, she was more keen to build her career as per her own wish and liking.

In order to fulfill her dreams, she decided to relocate herself to the capital at the age of 16. Soon, she became a model and was trained by Arvind Gaur, who was the director of a local theater.

At this time, Ranaut intended to act in films, and soon debuted from Gangster in the year 2006. This film awarded her a national Filmfare award in the best female debut category.

At this time, she managed to win Film fare in the category of best supporting actress.

In the later part of her career, Kangana featured in some other films. One of her successful films was Raaz: The Mystery Continues, released in the year 2009.

She also appeared in some other movies like Once Upon a Time in Mumbai, released in 2010.

Later she was praised for her double role in Tanu Weds Manu. In 2013, she was featured in Krish 3 based on science fiction.

Krish 3 proved to be the highest grossing film. In the year 2014, she enacted in another film named Queen, and even snatched a national film award for her amazing performance in the comedy-drama.

After this, she appeared in Tanu Weds Manu Returns for which she received a Filmfare Critics award.

At the same time, she also snatched another National Film award in the category of best performer.

Before we move ahead, take a look at Kangana Ranaut upcoming movies.

Movie Info- Mental Hai Kya is going to be an upcoming black comedy that has been directed by none other than Prakash Kovelamudi.

The upcoming film stars Kangana Ranaut, Amyra Dastur, Hrishitaa Bhatt and Jimmy Shergill. We would like to let you know that the principal photography of the film began on May 16, 2018. The movie will be released on July 26, 2019.

Movie Info- Panga is going to be an upcoming Kangana Ranaut film which is basically a sports drama. The film is produced by Fox Studios and directed by Ashwiny Iyer Tiwari.

The film stars Jassi Gill, Kangana Ranaut, Neena Gupta and Richa Chadha and is specifically based on the life of a Kabaddi player.

Race 3 Latest News- See What Daisy Shah Has to Say...