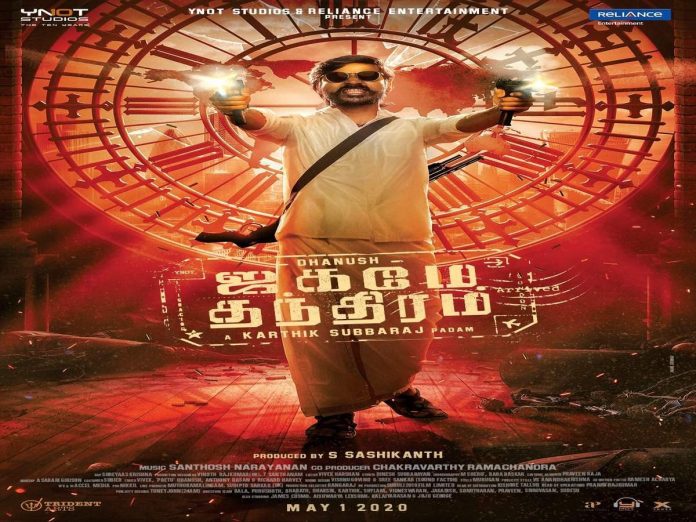 Dhanush is currently busy shooting for his upcoming film Jagame Thandhiram. Looking at the kind of entertainment Dhanush movies have given in the recent past, fans are now demanding the film to release in theatres.

The situation got tensed after the makers of Jagame Thandhiram decided to release the film directly on the OTT platform. And this is what irked fans as they wanted the film to get released in cinema halls.

I am hoping for the theatrical release of Jagame Thandiram like the theatre owners, exhibitors, distributors, cinema lovers and most of all my fans. Fingers crossed

Looking at the response of his fans, Dhanush shared a post on Twitter suggesting that film should be released in theatres.

This is what he posted on his social media handle, “I am hoping for the theatrical release of Jagame Thandiram like the theatre owners, exhibitors, distributors, cinema lovers, and most of all my fans. Fingers crossed”. The film’s director, Karthik Subbaraj, replied, “Hoping … #JagameThandhiram.”

Jagame Thandhiram is one of the upcoming movies of Dhanush slated to release on August 27, 2020 in India. The action thriller is both directed and written by Karthik Subbaraj.

It’s produced in the association of S. Sashikanth and Chakravarthy Ramachandra.

The film stars Dhanush, Aishwarya Lekshmi and James Cosmo in their pivotal roles.

Looking at the kind of response the film received, it looks like it will perform well at the box office once it gets finally released.


Find the most interesting and recent entertainment news across the world. Bollywoodnewsflash brings you the highlights of all the trending Bollywood News. Stay calm and updated for the latest news directly from the world of entertainment