We come across all kinds of movies from time to time. They’re based on different stories, screenplays, and target a particular audience.

Out of a plethora of categories, there are some movies based on true stories of the person concerned.

But do you think such films prosper and even reach to their target audiences? Yes, but not in all cases.

In general, if we try and explore some of the most successful movies based on real stories, then a handful of names goes hand in hand:

Well, these films are termed as biopics: biographical movies in the sub-genre of epic or drama films.

Now, a few Bollywood films of the genre that are worth to mention here would be

Now, have a look at the some of the most successful movies based on real stories (biopics) that are recently released

The biopic shows the untold journey of Dhoni as how he became a “trophy collector” from the “ticket collector”.

People were already suspecting a grand success of the Dhoni biopic, even before it released last Friday.

However, if we try and analyse it in terms of box office collection, then it becomes hard to believe it crossing a mammoth Rs.100 Crore figure.

The film will be remembered to become one of the greatest biopics in the entire entertainment industry.

One of the root causes responsible for the huge success of the film is that it’s created on the true life of the person in question.

Dhoni biopic therefore is one of the movies based on real stories.

The film proved such a mega hit that it earned a whopping Rs. 60 Crore in its very opening week.

If the trend goes like this, it would earn as much as double the amount.

The movie stars “Farhan Akhtar”. It released in the year 2013 to become another biopic based on the life of famous sports star “Milkha Singh”.

The film not only proved a major hit, but also stood among movies on the real life stories, by slashing all the previous records at the box office.

It was also ranked among some of the leading biopics ever made in the history of Indian cinema and fine arts.

The movie featured Sonam Kapoor. It was also among the most successful movies based on real stories.

It was much appreciated, especially the lead character played by Sonam. The film shows how well she plays the tragic end of Neerja.

Can you imagine movies based on real stories become successful in real time and especially when it’s based on the life of a female boxer? Well, it actually happened in the history of the Indian cinema.

Ever since the role was offered to Priyanka, she exclaimed with joy and managed to perform the ways everybody was looking forward to.

There was a bit challenge for her to play the act of a Manipuri girl (being a Punjabi), but she did well to impress the audience.

film but later was convinced by Priyanka as soon as he read the story.It finally proved a mega hit at the box office with an ever mounting collection of over 75 Crores.

Paan Singh Tomar was a famous Indian athlete and soldier. He actually served in the Indian Army where his talent was highlighted.

He was successful winning golds for consecutively seven times in a row at the Indian National Games.

Bandit Queen was a well known name in relation to the infamous decoit “Phoolan Devi”.

Do you know that the film was under much speculation to be screened or not (due to a major controversy) that happened at the time of its release in the year 1996? 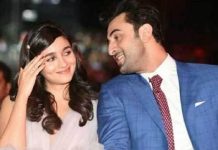