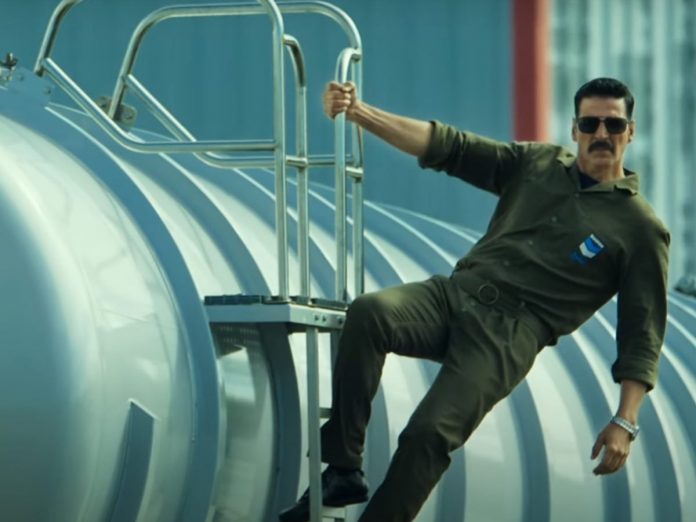 Akshay Kumar has recently completed the shoot for his upcoming film Bell Bottom in which he is looking a smart and intelligent RAW agent. The actor released the first trailer of the film in a mustachioed look.

The Bollywood actor has revealed to have completed the last phase of the shoot in Glasgow, Scotland.

You might be asking what’s so special about the film. Well, the Bell Bottom trailer evokes the feeling of 80’s in a simpler way than ever.

The trailer starts with the actor moving towards an airplane from his government vehicle. He can be seen dressed up well in a sharp looking suit with bell bottom pants.

Once you go ahead with the Bell Bottom trailer, you will see some more avatars of Akshay Kumar that makes the film quite unique and interesting to watch.

As per the latest Bollywood news, the film is produced in the association of Pooja Entertainment and Jackky. The film marks the first major release as the majority part was filmed during the lockdown phase in the month of August.

Earlier, when the star actor was asked to unveil something about his upcoming film Bell Bottom, this is what he had to say, “It’s teamwork and I am grateful to each and every member of the cast and crew from the spot dadas to the light dadas to the technicians to the make-up dadas to my lovely heroines Vaani, Lara, Huma, my director Ranjit and to Vashuji and the production team who believed in our audacious plan. The new normal has made us realize a different way of working that none of us could have imagined. I hope this encourages film industries globally to do what they do best and start entertaining audiences again. I hope our shoot during the pandemic reassures others that keeping all safety in mind it’s time to get things moving again.”

Kaithi- Karthi Starrer Enters Into the Club of Rs 100 Crore