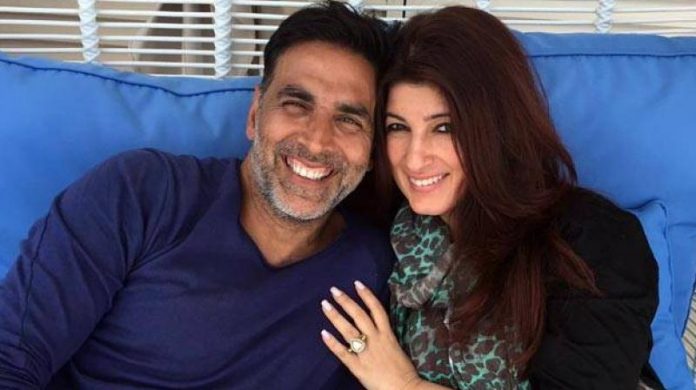 Twinkle Khanna making ways for her comeback into the films. Well, it’s now official, but there is a glitch. As we all wanted to see her act, but this time she would only conceptualize in R. Balki’s upcoming movie. She won’t be taking part in the process of writing or any other thing. She has even launched her own production house by the name Mrs. Funnybones movies.

We all know the dashing actress left Bollywood and started her career in the interior decoration. She’s also known as a bestselling author and even has published a few books on different themes. Her last film came in the year 2001 as ‘Love ke Liye Kuch Bhi Karega’.

Not only this, Twinkle Khanna turns producer in some other films like ‘Tees Mar Khan, Patiala House, Thank You and many more.

Now, as Twinkle Khanna turns producer, she still feels susceptible from where to start. In the past, she has been consistently writing more generously than before. Her writing is filled with all astute and witty experiences that talks about the daily lives chores and observations.

If you follow her writing, then you must be aware that she continued as a best selling author with one of her contributions as ‘Mrs Funnybones’ that hit in the stands only last year. Soon after that she again emerged with her fiction titled “The Legend of Lakshmi Prasad”.

This creation hit the stands last month. But now, the actress turns producer with none other than R Balki’s upcoming movie. In this regard, she recently launched her own production house by the name Mrs. Funnybones movies.

As Twinkle Khanna turns producer, will handle work only from behind the scenes

It’s time for Twinkle to play yet another inning in the films. But she doesn’t intend to play it from the front. Twinkle Khanna turns producer only to handle things from behind the scenes.

As per reports, she is going to conceptualize Balki’s next movie featuring Sonam Kapoor, Radhika Apte and Akshay Kumar. It would also include the presence of Big B only in the special appearance. You will see the much awaited debut of Akshay’s home production- Mrs. Funnybones Movies.

Do you know What kind of role Twinkle going to play in the whole exercise? Well, it’s only her concept that is being conceptualized and will eventually be developed by R. Balki to help him write the script, dialogues and screenplays. However, the star actress will not be involved in the writing part. It would take at least 3 months’ time for the film to go on the floor.

ShahRukh Khan To Play Bill In The Hindi Remake Of Hollywood...