One of the most hyped movies of Tiger Shroff and Hrithik Roshan War is going to release today.

Just before the release of the action film, various Bollywood celebrities including Disha Patani, Ananya Panday and Sussanne Khan attended the screening of the film.

Well, it looks like to be a great moment to all of them to witness the screening of the film just before the release.

At the moment, we would like to help you with some more updates on this action thriller that has managed to grab all the attention of the audience even before its release. If you analyze the release, it has become one of the most discussed films in the recent past.

The impact of such a promotion has been such that there is a tremendous surge in the number of pre-bookings for the tickets.

Now, if all these great things are taken into consideration, we can expect a great show of this action thriller at the box office too.

This is the first time that the audience will be going to witness the association between Tiger Shroff and Hrithik Roshan in their film War. As we stated earlier, the film is filled with all the action that you may think of along with some great drama and music.

So, do you wish to be part of this great entertainer which is going to release today? Well, we think that there is no reason why you miss all the action on the big screen. War will get released on October 2, 2019.

Love Mocktail Telugu Remake To Be Directed By Nagshekhar 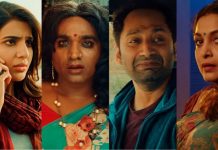