As the noose gets tightened, Rhea Chakraborty is going missing from her residence.

Ever since Sushant’s father has lodged a complaint against her at the Patna police station, the direction of the investigation has totally changed. Also Read: Rhea Chakraborty Needs to Be Arrested Immediately: Sushant’s Family Lawyer

All fingers are now being raised at the working of the Mumbai police. It’s because no FIR was ever registered even after investigating the case for a period of over 40 days.

As per the latest Bollywood news, Rhea was not found at her residence. One reason which is being given here is that she might be busy seeking an anticipatory bail if she faces an arrest. Also Read: Sushant Singh Rajput Suicide Case: No CCTV Camera Found in The Late Actor’s House

One of the leading news channels report that Rhea’s lawyer might have taken her away to seek an anticipatory bail from the court.

Right after Sushant Singh Rajput’s father lodged a complaint against Rhea, Bihar police came into the action and rushed to Mumbai and even started the investigation. Also Read: 5 Big Things Happened in Bollywood During The Coronavirus Lockdown

Patna police reached Mumbai to get all the details of the case that was being investigated by Mumbai police.

They also asked from them to hand over all the diaries and other details related to the Sushant’s death case. Also Read: Dil Bechara: Friend Mukesh Chhabra Remembers Sushant Singh Rajput’s Beautiful Smile

As per the latest update in this regard, Patna police has interrogated Sushant’s sister Meetu for over 2 hours.

In the interrogation, she revealed many facts related to Rhea. She also disclosed the reason for the fight between the two at an earlier occasion. Also Read- Sushant Singh Rajput Suicide: Kangana Ranaut Lashes Out at Mukesh Bhatt for Making Inappropriate Comments

Yesterday, Sushant’s father had lodged a complaint in the Patna police station. This is what it says, “Rhea took Sushant to her own house & self-medicated him, and moreover, also got him overdosed on medicines. Rhea and her family slowly started capturing his belongings and also kept his phone with them. Rhea took the decisions when Sushant received film offers and laid conditions that he will accept role only with Rhea in lead.”

Later, while speaking to the media, IG (Inspector General) of the central range Sanjay Kumar said, “KK Singh lodged the case with Rajiv Nagar police station against Rhea Chakraborty, and her family including Indrajit Chakraborty, Sandhya Chakraborty, Shruti Modi, Showik Chakraborty and others under Sections 341, 342, 380, 406,420, 306 and 120 (B) of the IPC. Also Read: Sushant Singh Rajput Suicide Case: Twitterati Demand A CBI Probe Into the Case

Sushant’s father has made a serious charge against Rhea and her family. He has alleged that she had kept Sushant away from his family and completely in her possession. She was also handling his bank account. It was also reported that crores of rupees were withdrawn from his bank account.” 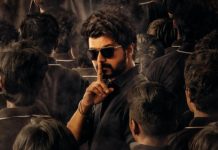