Rakul Preet Singh first made a mark in the industry from a 2015 film Yaariyan. It was the director Divya Khosla’s debut film that could not create magic at the box office.

After struggling for 4 more years, the actress appeared in another film with none other than Ajay Devgn and Tabu titled De De Pyaar De that actually proved a game changer for her.

In De De Pyaar De, Rakul plays the role of Aisha who returns from London. When contacted, the actress calls it as one of her dream films which is based on totally a different concept liked by the audience.

The actress says that it proved a special film for her that actually kick started her struggling career. Later in her interview, she calls her to be the fan of both Tanu and Ajay Devgn.

Rakul said that she’s a great fan of both these artists as both of them are also great supporters of the new comers like her.

Rakul said that both Ajay and Tabu treated her just like an equal. This is what the entire episode is giving some great memories to her even at this point of time.

This is what Rakul Preet Singh recalls, “I am a fan of both Ajay sir and Tabu ma’am (who plays Ajay’s ex-wife in the film). On the sets, they treated me like an equal,” she gushes, adding that it was the story’s tone and her part that sealed the deal for her. “I was getting to play my age in a film that talked about age-gap in relationships in a new way.”

Talking about the work, the actress is going to have an upcomig busy year where she is lined up with many more films to be released later this year. But due to the ongoing coronavirus crisis, all the projects are currently on hold.

However, in the meanwhile, Rakul decided to keep herself busy by enrolling innto the online course of Business Management along with some paid lectures of yoga learning skills.

When she was asked to comment, this is what she hass to say, “I believe in living in the present. All of us thought of doing a lot of things in 2020, but here we are, sitting at home,” she clarifies.

Rakul further adds, “Even down South, I have worked for 350-360 days in a year. This is the longest break I’ve ever had, and I am just waiting to spring back to my normal routine.” 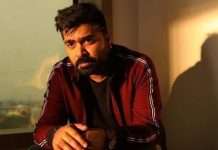