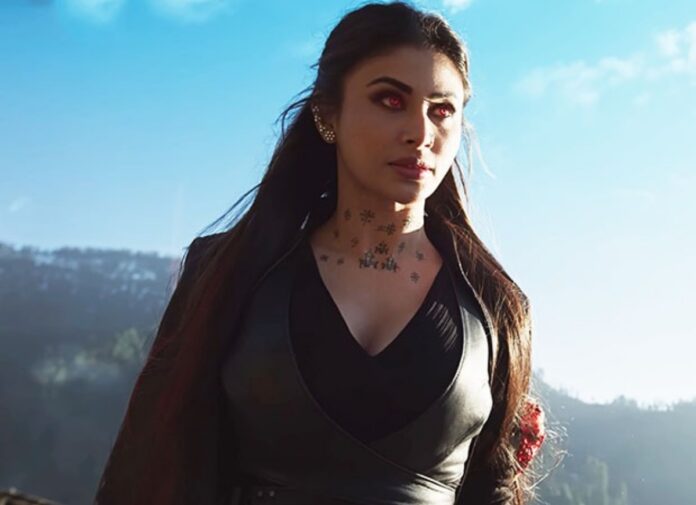 Mouni Roy, a well known actress of Bollywood recently revealed how she got the role in her upcoming and mega budget film Brahmastra.

In her recent interaction with Bollywood Hungama, the actress revealed how she actually made her way to the film which is all set to hit screen on September 9.

Mouni Roy not only explained how she grabbed the role of an antagonist in the Ranbir Kapoor starrer but also revealed how it all happened.

Mouni further continued, “He said, ‘Do you want to play a special appearance in this big film that Ayan is making? With Ranbir, Alia and Bachchan sir.’ I said ‘Yeah, of course.’ He asked ‘When are you back?’ and. I said ‘I’m back in a week.’ So, I came back and I still remember that first meeting with Ayan and you know, I was performing that same evening at an award function I remember. So, I asked him if the meeting is going to take a lot of time. So, he said, ‘No, it won’t, it will probably take like 10 minutes.’ So, I was like, okay, but then I went in for the meeting. I remember coming out of the meeting after three and a half hours.”

The actress said, “So, Ayan and me kind of got talking. And he kind of explained to me the world of Brahmastra and how he had conceptualized it, how he’d be working for it for many years. And I was immediately drawn into the world and as he tells everybody, in fact, I came on board as a special appearance to it becoming lengthier role to me becoming the antagonist and the main villain in the film. So, it has been a journey even after me coming on board in the film.”

Please also note that Brahmāstra happens to be a fantasy and adventure drama which is largely based on Indian mythological concepts. The film has been directed by Ayan Mukerji and produced by Dharma Productions.

The film focuses on Ranbir Kapoor and Alia Bhatt who are real life couple. Brahmāstra will be released on September 9 in 3 languages Tamil, Telugu and Hindi.