Bollywood is not just all about the films and TV shows, it also reflects all the glamour and the latest events from time to time. Today, the wedding of Mirzapur 2 actor Ali Fazal with Richa Chadha is on the cards.

Well, these are not the rumours but are about to happen within a few months. As per the reports in this regard, we often come to know about their affair for quite a long time.

And now, the couple has not only confessed their love for each other but also have decided to tie their nuptial knot in the month of April this year.

As per a report published in TOI, the Mirzapur 2 actor has decided to tie the knot with Richa Chadha in the month of April.

As per the report, it was Ali who proposed Richa in Maldives in the recent past. In her reply, Richa didn’t take time in saying yes.

With Richa’s confirmation, the couple will begin to go for the wedding preparations. Putlocker

But their respective families have not yet finalised the date of wedding. So far, we only know that it is to happen in the month of April.

As per the source close to them, it was revealed that the wedding is going to be a much secret affair that will happen in the presence of close family and friends.

After the wedding takes place in Delhi, the couple will give reception to various Bollywood celebrities in Mumbai soon after that.

Right now, both Richa and Faisal are looking forward to find the best wedding place in Mumbai with full of decor all the way. At the same time, they are expecting it to be sea facing. Above all, it should look different than most conventional wedding places.

Talking about Richa, this is what she has to say about Ali, “I guess, Ali is the one who is my dream wedding life partner and I could not have asked for a better person than him. He looks so liberal and progressive. I feel it quite difficult to find such a person in the industry.”

On the other side of it, Ali too expressed his views while giving an interview to TOI (Times of India). This is what he says, “I truly believe in the institution of marriage which I think is quite beautiful,” he said. 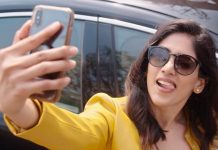 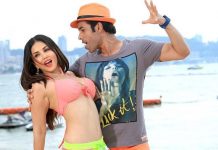