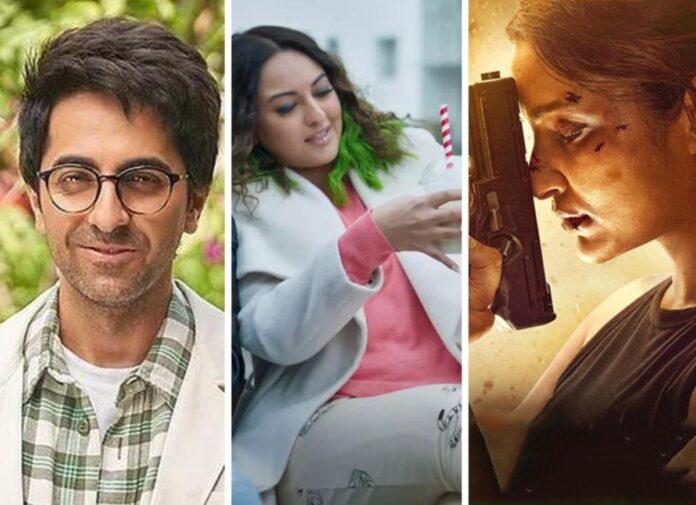 After the pandemic, we came to know that the release dates of a number of films affected.

While some films were made in a hurry, others decided to postpone. And now, the same sort of situation falls again when as many as three films are going to clash at the box office.

As per the latest Bollywood news, movies like Doctor G, Code Name: Tiranga & Double XL are going to clash as they are releasing on the same date.

To be precise, Harrdy Sandhu, Parineeti Chopra, Huma Qureshi, Sonakshi Sinha, Rakul Preet Singh, and Ayushmann Khurrana are going to battle out in theatres for their films on October 14.

The result was that neither of the films were able to register an impressive ones despite a long weekend.

On October 14, the audience will again witness another major clash of films with different genres. One of them is Doctor G starring Ayushmann Khurrana who struggles to become a doctor after he unwillingly opts gynecology.

Double XL stars Huma Qureshi and Sonakshi Sinha where they try to make a mark in society as they are obsessed with slim and thin figures.

The third film titled Code Name: Tiranga is a patriotic film starring Parineeti Chopra who will be featured in a fearless spy.

While Doctor G is produced by Junglee Pictures, Double XL and Code Name: Tiranga are both produced by T-Series.

On the other hand Double XL will showcase Huma Qureshi and Sonakshi Sinha for the first time in a Bollywood movie.