As per the written updates, Prasanna is going to play the role of a Villain in his upcoming Ajith’s film titled Valimai.

Valimai is a Tamil language action drama that has been directed and written by H Vinoth. It’s been produced by Bony Kapoor starring Ajith Kumar in his lead role.

Initially, the news broke about Prsanna playing the role of a Villain but later the actor himself cleared the air and spoke about it. He later clarified that this is not true but he is keen to work with Thala Ajith. Apne TV

As per the current updates in this regard, Prasanna has got a call from Suriya to work in the film. The makers earlier approached him for the role of a Villain in their upcoming film.

As of now, it looks like everything is going on in the nascent stage and is bound to take some more time until everything gets finalised.

By looking at the initial reports, it looks like Prasanna will be working with none other than Suriya for the first time in his film career.

As of now the director Hari is known to have united with Surya for their new project that revolves around the story of a village backdrop having all the action and romance that the audience is looking for.

Talking about Prasanna, the South star is currently awaiting for the release of his recently concluded film Mafia: Chapter 1 that has been directed by none other than Karthick Naren.

The film is expected to hit the silver screen on February 12. 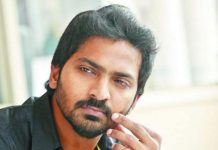 Mudhalvan 2: Ajith Looks Keen to Play the Lead Role In...