Have a look at Ajay Devgn upcoming movies in 2016, 2017, 2018. Before that, let’s discuss a bit about the great actor along with his achievements:

For the last few decades, Ajay Devgn has been an indisputable part of the entertainment industry.

Currently, he’s not only recognized as one of the most entertaining actors, but also counted among some great producers and directors.

His most recent produced film is ‘Shivaaya’. Albeit, there are lots of Ajay Devgn upcoming movies but till now, he has appeared in over hundred odd movies.

He’s a professional artist and has won a plethora of awards and recognition.

In the year 2016 itself, he was honored by the most prestigious Padma Shri by the Govt. Of India. Now, let’s gear up to see Ajay Devgn upcoming movies:

Movie Info– Sooryavanshi is one of the Katrina Kaif upcoming movies to be released in 2020.

It’s going to be the costliest cop movie ever released in the world of Indian cinematic history. It will star Akshay Kumar and Katrina Kaif in their lead roles.

Movie Info–Maidaan is basically a biographical film directed by Amit Sharma starring Ajay Devgn in the lead role. Others who are featured in the film include Priyamani and Gajraj Rao.

Movie Info- Golmaal 5 happens to be an Indian comedy franchise directed by none other than Rohit Shetty. 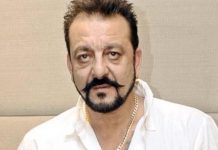 Saaho Earned Whopping Rs 320 Crores Even Before Its Release. Check...